Introduction
It is almost impossible to slash your way through the jungle of marketing and misinformation to find the tiny number of hosts who provide a competent, conscientious service. So, to find the very best WordPress hosts, we look at the results of the biggest WordPress hosting studies ever, with 830 respondents hosting 11,736 websites.
WP Mayor’s work is supported by its audience. If you purchase through a link on our website, we may earn a commission. Here’s why you can trust us.
Table of contents

Based on the results of a major WordPress hosting customer satisfaction survey released last week, this article saves you time by breaking down the results into actionable recommendations. We end up recommending four different WordPress hosts, each a clear winner for different types of site and budget. You can jump straight to those winners.

Like death and taxes, paying for hosting is an unavoidable reality if you wish to make your WordPress website accessible to the world. WordPress itself is free, the WordPress.org repository provides a massive number of plugins and themes for free, even most of the paid plugins and themes are legally available for free on the GPL download sites. The one thing that we all must pay for, however, is hosting.

Technically, hosting WordPress is pretty simple. As an industry, however, it is a dumpster fire. The vast majority of web hosts are essentially marketing operations that depend on the ignorance of their customers.

The recipe for hosting company success, repeatedly proven over the past two decades, has been to spend 95% of your budget on marketing, as little as possible on hardware and hire the cheapest available staff, often in third world call-centers.

The role of staff has been to read from scripts designed to be helpful and encouraging to customers taking their first steps, generating word-of-mouth endorsements from enthusiastic new users, but then later deflect and lie if that customer has problems requiring real expertise or questions about poor performance.

In over two decades of consulting, I have seen that almost all hosting issues relate directly and unmistakably to a lack of resources. Practically all problems would magically disappear if, for instance, you doubled the amount of allocated memory. The “support” staff know this, but it is the one thing they cannot admit. The scripts they follow provide no path to that conclusion.

The simple, profitable formula for hosts is to let those problematic customers go; shrug your shoulders, give some half-assed excuse about not being able to support particular plugins and let the customer leave, knowing that it is cheaper and easier to gain new customers through more marketing than provide actual support.

Ironically, most customers then move to another web host that is actually just another front owned by the same conglomerate and unknowingly end up back on the same crappy servers and going in circles with the same support staff, reading from the same scripts. For example, Endurance International Group (EIG) own 83 companies including Bluehost and HostGator who are both among the worst in our survey results below.

How To Find a Good Host

For WordPress users, it is almost impossible to slash your way through the jungle of marketing and misinformation to find the tiny number of hosts who provide a competent, conscientious service.

So, customers satisfaction surveys from reliable sources are invaluable, and we particularly like the one released last week by CodeinWP, one of the biggest WordPress hosting studies ever, with 830 respondents hosting 11,736 websites.

78.67% of the respondents are WordPress professionals, meaning that they are likely to have experience of many different hosts and, therefore, be less susceptible to marketing bullshit than casual WordPress users. It makes sense to get WordPress hosting advice from WordPress pros.

The job of this article is to boil down the results of this May 2018 survey to the essential points.

The three most heavily marketed WordPress hosts, according to Alexa, are:

According to the survey’s overall customer satisfaction ratings, they are also the three worst WordPress hosts:

So, there appears to be a negative correlation between dependence on marketing and customer satisfaction. If you can manage to resist the relentless marketing and avoid using any of those 5 hosts, you will be have avoided a bullet.

The survey also reveals that the most heavily-marketed hosts have the highest proportions of first-time users, suggesting that the marketing is effective but that, over time, users do tend to find their way to the better, less marketing-dependent hosts.

For security, the five highest-rated WordPress hosts are:

The four least secure are:

For reliability, the four highest-rated WordPress hosts are:

The four least reliable are:

For WordPress support, the five highest-rated hosts are:

The six lowest-rated for WordPress support are:

If money is no object, there is a clear winner: Kinsta was significantly ahead in every important metric. Almost all of us, however, do need to weigh up other factors, so, we have selected a different winner for each of four different scenarios.

When you are starting out with WordPress, there is a lot of value in being able to fire up new sites whenever you want without having to worry about being charged extra money. SiteGround‘s cheapest plan only allows one site, but their Grow Big plan does allow unlimited sites for €26.45 for the first month and then €12.95 per month after that.

This is shared hosting, generally a bad idea, and they use ancient hosting software cPanel, also generally a bad idea, but SiteGround have the best reputation for shared hosting and, if you are at the stage when you need to have a lot of sites that you are not being paid for, they are probably your best option. The more expensive managed WordPress hosts won’t be affordable for that because they tightly restrict the number of sites you can have.

As you can see from the survey results, WP Engine came in just a whisker behind Kinsta in every category, but it can work out significantly cheaper. Their standard pricing is more or less the same as Kinsta, but we have arranged a special discount for WP Mayor readers, giving you an entire year for the cost of 8 months. That value puts WP Engine right at the front of the pack of high-quality managed WordPress hosts. 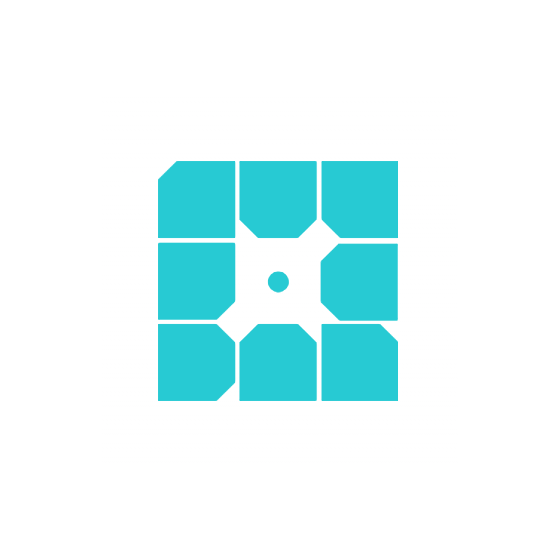 Obviously, you only start to use managed WordPress hosting when you have a site that is important. You are not learning, you are not playing around, you are at the stage when your sites absolutely must perform as well as possible, and you need a team of WordPress experts standing behind you. Managed WordPress Hosting is a different world from shared hosting, and you pay for that, but, with that 20% discount, WP Engine gets you to that level at a reasonable price.

It is only a few percentage points but, when you are competing at the top of the scale, it takes real skill to remain the boss. If you want the very best, and are willing to pay the premium for that, you choose Kinsta.

You can try Kinsta risk-free for 30 days thanks to their 30-day money-back guarantee and no long-term contracts. So, if you cancel your hosting account with Kinsta in the first 30 days of service, they will issue a full refund.

We have a separate recommendation for WooCommerce hosting because getting that right, and ensuring the best possible reliability for your online stores, requires an additional set of expertise. Liquid Web has been around for over two decades but they have entered the WordPress market in a big way over the past few years and, now, are the only company investing in improving the core performance of WooCommerce.

Just to be clear, every hosting company makes big claims about performance, but the coders in Liquid Web’s WooCommerce department are widely recognized as introducing innovations which lead the way for where WooCommerce needs to go. Again, much like Kinsta, this is a high-end offering, but the cost of Liquid Web WooCommerce hosting is more than justified if you cannot afford to have your online store perform unreliably.

We’ve recently partnered up with the Liquid Web team to offer you a 33% discount. Just use our coupon code below.

Donnacha MacGloinn
Donnacha is a freelance writer at Effective Text who combines a deep understanding of technology and business with the rare ability to convey complicated ideas in a clear, engaging manner. He believes that the natural SEO of good writing is the most effective way for companies to build their visibility and credibility online. He has been an active member of the WordPress community since 2005 and is a regular contributor to WP Mayor.

Donnacha MacGloinn
Donnacha is a freelance writer at Effective Text who combines a deep understanding of technology and business with the rare ability to convey complicated ideas in a clear, engaging manner. He believes that the natural SEO of good writing is the most effective way for companies to build their visibility and credibility online. He has been an active member of the WordPress community since 2005 and is a regular contributor to WP Mayor.

Get 4 months free on annual (or 20% off monthly) shared hosting plans from WP Engine, starting at just $20/mo.

Get 4 months free hosting
More on this topic

Your first website: How much does it cost and what do you need to pay for?
Sujay Pawar
20i Hosting Review: A Look at the Features
Jessie Brown

When and When Not to Use Headless WordPress
Keanan Koppenhaver

Your first website: How much does it cost and what do you need to pay for?
Sujay Pawar
20i Hosting Review: A Look at the Features
Jessie Brown

When and When Not to Use Headless WordPress
Keanan Koppenhaver