Great Giveaway from ThemeIsle – 5 Treasure Chest Licenses Up for Grabs 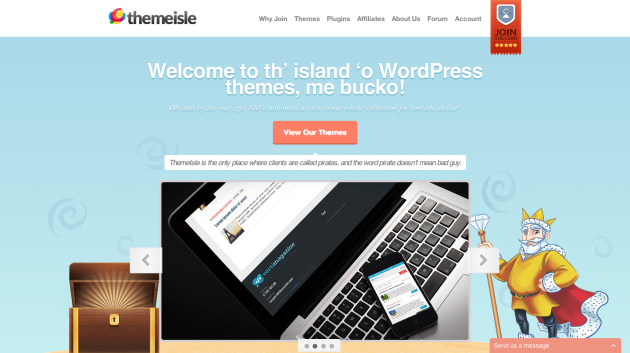 This week we have teamed up with ThemeIsle (a codeinwp.com company) to offer you 5 Treasure Chest licenses. This gives you access to all their themes and the freedom to install the themes on unlimited domains.

Never heard of ThemeIsle before today? ThemeIsle is the only place where clients are called pirates, and the word pirate doesn’t mean bad guy.