Gutenberg Failing Hard – Should We Be Worried? 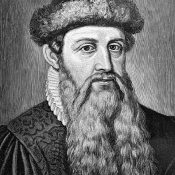 The latest big innovation to come to WordPress, Gutenberg, appears to be failing hard, at least judging by user reception and reviews on the plugin’s profile on WordPress.org. The Gutenberg project has been heavily criticised ever since it was announced by Matt Mullenweg a few years back. The biggest concerns have been about the way that feedback from developers and users was handled (mostly apparently ignored), whether this should have been the focus of the core development team versus other features, and how it will affect themes and existing websites.