Recently, I reviewed WP Video Robot, a useful plugin that lets you import and publish videos on your website from a variety of channels, such as YouTube and Daily Motion. Before going any further, just in case you have not already done so, I would recommend you to check out the WP Video Robot plugin review (link here), or just head over straight to the plugin’s official website.

Now, much like WooCommerce, WP Video Robot too comes with its own arsenal of addons and extensions that you can use to get the more out of the plugin. Over the course of these short posts, I will be reviewing some of the major addons that this plugin can be supplemented with, and describe ways in which such addons can add extra merit to the plugin.

Let us begin with the TED Video Service Addon for WP Video Robot.

As the name suggests, TED Video Service Addon lets you import and use TED videos via the WP Video Robot plugin.

For the uninitiated, TED is a highly popular and well loved video service, that offers awesome videos on a variety of topics, such as entertainment, society, politics, languages, history, science and so on. Available in over 100 languages, TED is not what you will use to browse cat videos, but surely what you will turn to when you are in the mood for something actually worthwhile and serious. 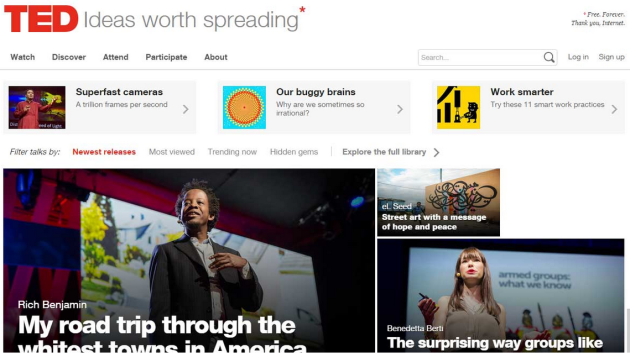 So, how does the TED Video Service addon actually work?

Every addon of the WP Video Robot plugin operates in the same manner: you install and activate it much like you would if it were an independent plugin.

Thereafter, you will head to the WPVR Addons section in the WordPress admin panel. This is where you are going to manage every single addon that you have installed with the concerned plugin.

In the Installed Addons sub-section, you will be able to see the TED Video Service addon. You can deactivate it from here, or, as in our case, head over to the settings.

The settings are pretty straightforward: once enabled, you need to add your API key in order to allow the module to connect with TED.

Thereafter, you are ready to import and publish videos posted on the TED network.

The TED Video Service addon has a detailed tutorial on the developer website, which will be enough to get you going. I could not find any video guide, but the tutorial is clearly laid out and leaves no room for confusion. 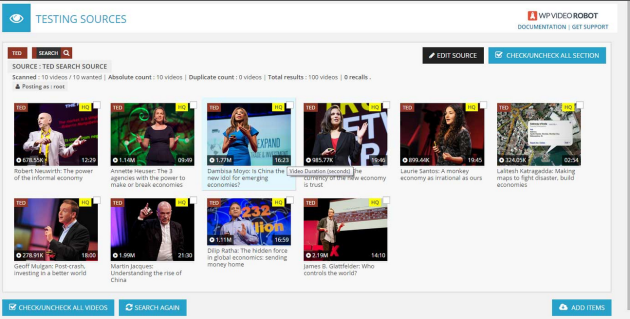 The TED Video Service Addon is priced at $34.90 for a single site; for unlimited sites, the license costs $79.90

Now, this pricing is acceptable if TED is your primary source of content for your website. Assuming you are building a video site about a niche topic, say linguistics, TED videos will be of use for you, and the addon’s price is justified. But if you wish to add TED as yet another of the many video sources for a website that does not primarily rely on TED videos, the almost-$35 pricing is not cheap by any standards.

That said, there are hardly any decent plugins or addons that allow you to properly import and customize TED videos right within WordPress, so this addon fulfills the void and does its job pretty well.

Sufyan bin Uzayr is a contributor to a variety of websites and blogs about technology, open source, web design, content management systems and web development. He is a published author, coffee lover and the guy behind CodeCarbon.com Learn more about his works on this page.