The Biggest Opportunity in WordPress History

Introduction
At WordCamp Europe in Paris last weekend, there were many inspiring people who have built a thriving business upon WordPress. For each success story, however, there were dozens more attendees scrambling to find their own way, chasing the dream of working for themselves and making a living from WordPress. There was a general sense that many of the most profitable avenues peaked a few years ago, with much discussion about just how screwed the theme market is. The plugin market is even harder to crack, unless you have a particularly useful new idea, but it seems that almost anything that can be done has been done, and now the fight is down to who can market most skillfully and assemble the most financial firepower.
WP Mayor is supported by its audience. Our recommendations are based on our experts’ research and hands-on testing. If you purchase through a link on our website, we may earn a commission. Here’s why you can trust us.
Table of contents 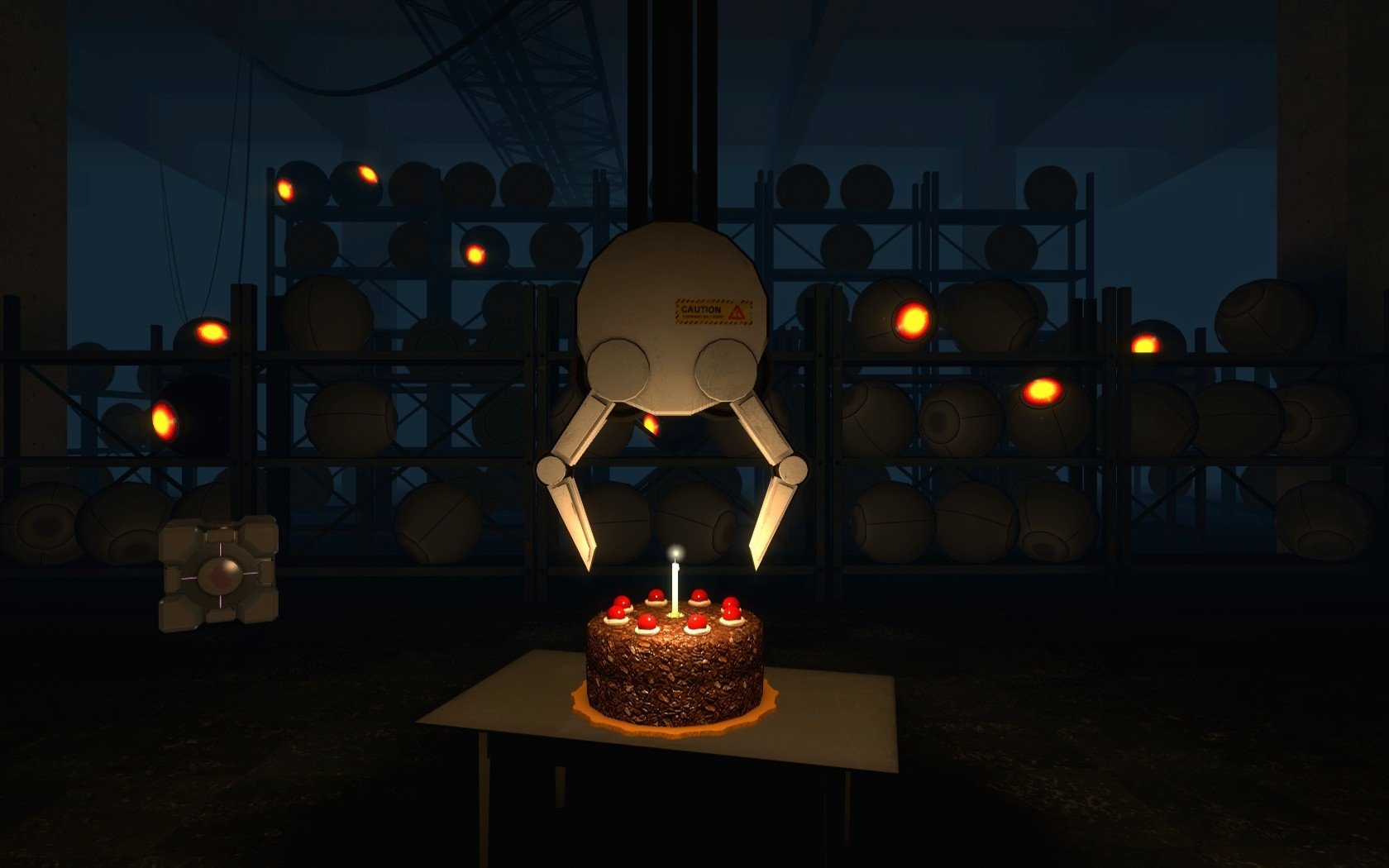 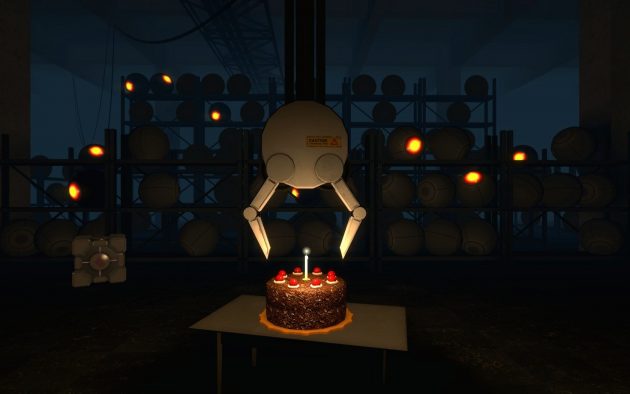 At WordCamp Europe in Paris last weekend, there were many inspiring people who have built a thriving business upon WordPress. For each success story, however, there were dozens more attendees scrambling to find their own way, chasing the dream of working for themselves and making a living from WordPress.

There was a general sense that many of the most profitable avenues peaked a few years ago, with much discussion about just how screwed the theme market is. The plugin market is even harder to crack, unless you have a particularly useful new idea, but it seems that almost anything that can be done has been done, and now the fight is down to who can market most skillfully and assemble the most financial firepower.

It can be tough for eager new entrepreneurs, to hear the stories of peers who hit upon success just a few years ago, but be told that they are now too late to the party, and that the path to success today might be “something, something, Bitcoin”. Luckily for WordPress, hope springs eternal and these plucky folks keep looking, they keep searching for their own big opportunity.

Life Turns When you Least Expect It

Today, without warning, WooCommerce owner Automattic opened the door to what is probably the biggest opportunity for an ambitious new company that I have seen in over 12 years of following WordPress. It presents not only a massive potential market but also, most unusually, the potential to get large customers committed and generating cash from day one.

WooCommerce, the creators of the most popular WordPress eCommerce platform, were acquired two years ago by Automattic, the owners of WordPress.com. The WooCommerce platform is used by millions of ecommerce website owners, all over the world, powering almost half of all ecommerce stores. It makes money by charging for extensions that add functionality to these sites. When you build a website using WooCommerce, and starting using it for real business, you are essentially locked into their platform, the ongoing cost of WooCommerce license renewals becomes simply part of the cost of doing business.

As such, there was outrage four years ago when WooCommerce announced a change to their pricing structure, eliminating the license tier that allowed you to pay more in return for permission to use an extension on an unlimited number of sites. Software providers often soften the blow of such changes by “grandfathering” their existing licenses, meaning that existing sites would have been allowed to continue on under the terms no longer available to new sites, but WooCommerce decided not to extend that courtesy to existing customers, generating considerable bitterness among those who had used the unlimited licenses to build out a large number of sites and were now facing a massive increase in costs.

The general consensus, at that time, was that WooCommerce had taken advantage of their effective lock on existing customers, changing terms that, in the general context of the WordPress market, could reasonably have been expected to remain unchanged. WooCommerce defended the move by claiming that the existing license cost could not possibly fund the ongoing cost of providing support, and many plugin sellers joined them in arguing that it was in everyone’s interests that WooCommerce remain a profitable business.

Many license holders angrily responded that they had hardly ever used support, that the reputation of WooCommerce was, in any case, piss-poor, and that any support was likely to occur early in the life of the license, that someone who had been using a particular extension for more than a few months was unlikely to need any further support. WooCommerce explained that this reality was acknowledged in the fact that annual renewals were only 50% of the original cost of the extension – your subsequent years would cost half as much as your first year.

Even with 50% renewals, people were not happy, and it is fair to say that WooCommerce provided the primary impetus behind the emergence of the dozens of GPL sites that, today, distribute paid GPL plugins and themes for free or for a small monthly fee. Such sites were always theoretically possible – and entirely legal – under the terms of the GPL license, but it was only the 2013 WooCommerce debacle that created a real market for them.

Now, today, in 2017, it seems to be happening all over again. With no prior warning and no formal announcement, WooCommerce have once again altered the terms of the deal and renewals will no longer be at 50%, license holders will now have to pay the full current cost of each extension, for each site, every year. This presents all WooCommerce customers with an immediate doubling of their expected costs.

There are no doubt many WooCommerce customers who have no problem with paying twice as much, for whom license costs are a tiny fraction of what they charge their clients for ecommerce websites. It may also be argued that, even at twice the cost, WooCommerce still represents a better overall value that competing products. It is also likely that this price increase is an almost incidental side-effect of Automattic laying the ground for a future hosted ecommerce service – if they want to charge a set amount per month for a hosted service, they have to first eliminate the loophole of users reducing their longterm costs by using the self-hosted version of WooCommerce and getting those 50% renewals.

What cannot be avoided, however, is that, for most customers, large and small, any trust they ever had in WooCommerce has now been comprehensively trashed. Any notion that, under the benign rule of Automattic, the worst instincts of WooCommerce management, that led them to screw their customers in 2013, would be restrained, that the interests of small businesses would somehow be protected, is now gone.

Again, incredibly, there has been no formal announcement, no blog post, no emailed notification, no tweet. For the vast majority of WooCommerce customers, the first time they will learn about this doubling of their costs is when they go to renew their licenses, increasing the already strong impression that Automattic want to strip away their customers’ options as ruthlessly as possible.

This is an extraordinary way for any company to treat their customers. Is this greed? Or simple stupidity? Or is this a true reflection of how Automattic perceive the world?

And there lies the greatest opportunity in WordPress history:

There are millions of ecommerce site owners out there, who have no choice but to keep using WooCommerce, but who have budgeted for the 50% renewal cost. Millions of business people, with money to spend, who are about to discover that their bill has suddenly doubled, and that their supplier cannot be trusted to not do the same thing again, anytime they want, with no warning.

These WooCommerce-based websites are easy to find, the owners are easy to contact. Every human has a sense of what is fair and what is not. No-one likes to be taken hostage. In this unique set of circumstances, many will welcome a credible alternative, and their motivation will be more about principle than money.

Grab Your Slice of the Cake

Right now, today, a unique window has opened for any ambitious person who can somehow gather together a small team of smart, hard-working people, to offer the WooCommerce extensions along with comprehensive support, at exactly the 50% cost that millions of customers were expecting to pay.

The GPL license explicitly allows anyone to redistribute code. It was, in fact, specifically designed to reduce lock-in and to discourage vendors from acting abusively towards their customers. It was designed for precisely this calibre of bullshittery.

The provider of such a service would have to go beyond the existing GPL sites and offer proper updating, the ease of updating would have to be as good as WooCommerce offers today, but that is not such a complicated system to set up, several WordPress products already provide that functionality.

More importantly, they would have to deliver support that is at least as good as what WooCommerce provides. Support is never easy, it is something that every paid plugin or theme provider struggles with, and it cannot be faked, the team would have to become intimately familiar with the full range of extensions, and there had better be some good writers on the team. In fact, the quality of support would have to be better than WooCommerce, they can get away with patchy support precisely because they are WooCommerce.

The upside would be worth it, though. This is one of those rare situations in which a major player, with a massive market, grabs for more cake and accidentally knocks a few slices onto the floor. An alternative, fully-supported WooCommerce service would be asking people to spend money they were already going to spend, for a product they already make money from. Those slices are going to be lying there, waiting for someone to pick them up. Such opportunities are rare in any business. If I wasn’t hand-cuffed to this radiator, I would be boarding a plane to Manila myself, to assemble a crack team of support staff.

Donnacha MacGloinn
Donnacha is a freelance writer at Effective Text who combines a deep understanding of technology and business with the rare ability to convey complicated ideas in a clear, engaging manner. He believes that the natural SEO of good writing is the most effective way for companies to build their visibility and credibility online. He has been an active member of the WordPress community since 2005 and is a regular contributor to WP Mayor.
This Month's Highlights ↓
Sponsored