Introduction
This year's WordCamp Europe, held in Paris, was in my experience the biggest and best ever. With the number of attendees approaching 3000, there is no doubt that this was the biggest event yet. This year's venue was in my opinion laid out much better than last year's and way better adapted to handle this amount of people.
WP Mayor is supported by its audience. Our recommendations are based on our experts’ research and hands-on testing. If you purchase through a link on our website, we may earn a commission. Here’s why you can trust us.
Table of contents 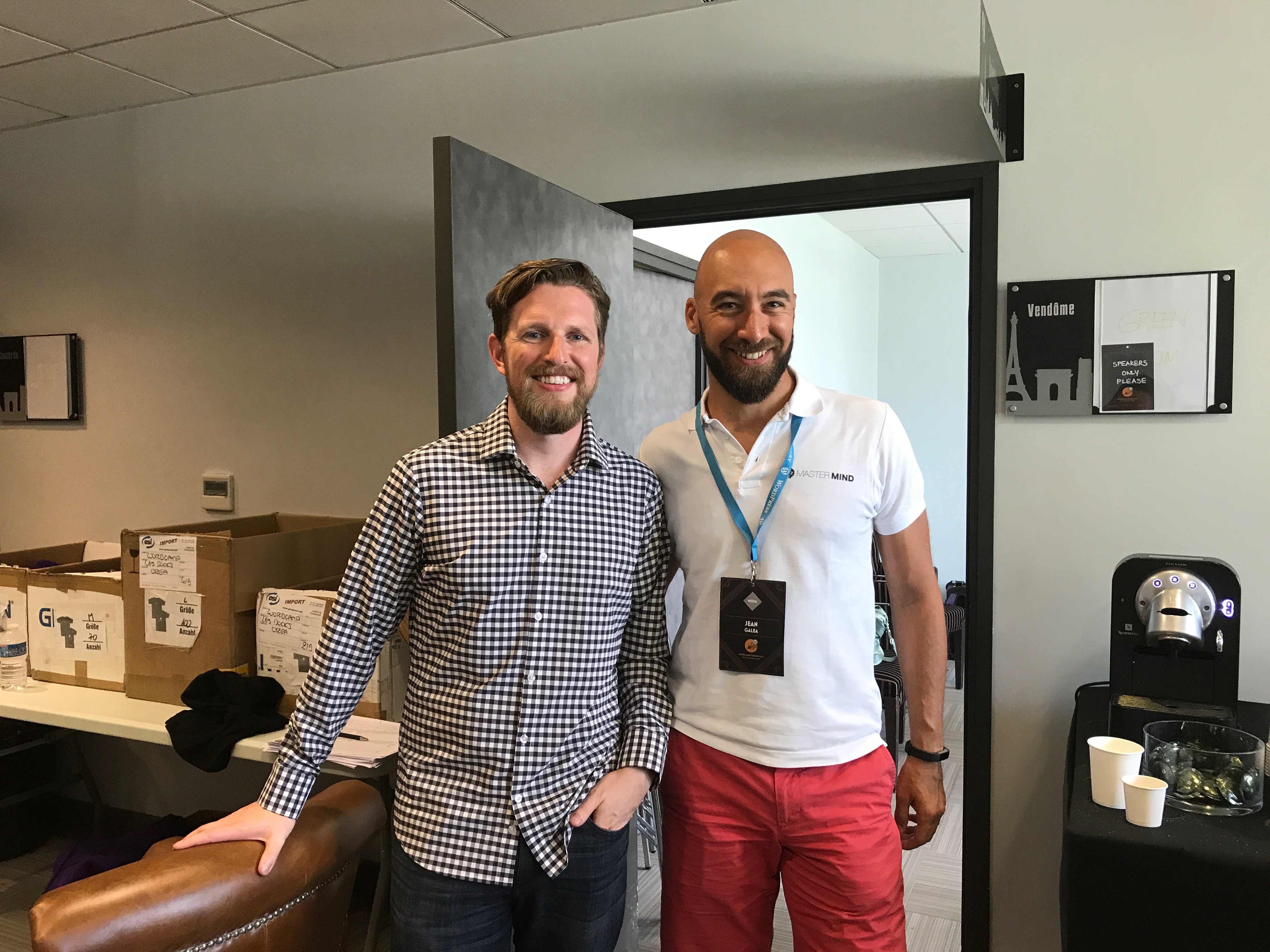 This year’s WordCamp Europe, held in Paris, was in my experience the biggest and best ever.

With the number of attendees approaching 3000, there is no doubt that this was the biggest event yet. This year’s venue was in my opinion laid out much better than last year’s and way better adapted to handle this amount of people. In Vienna last year I think the organising team was taken a bit by surprise by the ticket sales and it ended up being a somewhat overcrowded event, which, coupled by a heatwave, detracted quite a bit from the experience really. Don’t get me wrong, we still had a great time last year, but I feel that this year’s WordCamp was significantly better.

With there being so many people, I ended up spending both days in the Hallway track, catching up with old friends and of course dedicating time to check out the sponsors’ stands and building new relationships. The WordPress community is as strong as ever, and as I always say, it’s the biggest asset to WordPress. We are blessed to have so many genuinely good people in the community. It actually feels like a huge family reunion at events like WordCamp Europe.

In the earlier editions of WordCamp Europe practically everyone would be attending the talks during the day, and the only networking that would happen would be in the evenings at the social events. Boy has that changed! There were tons of people this year in the hallways, and that meant there was always someone interesting to talk to.

Of course, there’s a downside to that. Due to so many people being in the hallways, unfortunately, I just didn’t have time to check out any of the talks apart from Matt’s Q&A session with Ohm Malik, so I can’t really comment on the quality of talks from a first-hand perspective.

I got mixed reviews from people who did spend most of the time in the two tracks. There was some feedback that talks were not interesting enough or that nothing new was being said. It’s not the first time I’ve heard this at WordCamp Europe. I believe this is due to two reasons.

Fistly, the people saying this are usually those who have attended many WordCamps or have been involved with WordPress for a long time. Hence it’s quite normal that they would be very familiar with most of the topics being discussed, especially the ones related to development. I would definitely fall in that camp.

Secondly, I think WordCamp Europe has always been about having the most diverse range of speakers and topics possible, resulting in a talk schedule that is sometimes drastically different in terms of content from what one would have been accustomed to in the smaller local WordCamps.

To re-iterate, I only attended one session, so I definitely can’t judge, but that’s my impression of things. I would have definitely loved to check out a few more talks and I’ll probably do that when I’m back home and the videos are uploaded on WordPress.tv.

One positive thing I heard over and over again was that some of the talks offered a very fresh perspective on things and shed light on topics that we would not have normally thought about in our day to day work with WordPress. As a community we can have a very strong voice that can help shape the web in the right direction. These alternative topics help build awareness of this and give us the inspiration to act.

If you’ve attended the talks at WordCamp Europe 2017 and have feedback on them, I’d love to hear from you in the comments section below. What did you like? What would you like to see improved next year?

Matt Mullenweg’s question and answer session is now a fixture at WordCamp Europe, and this year we saw the return of Om Malik whose turn it was to have a conversation with Matt and draw out some of his major thoughts on the future of WordPress and the web in general. To be honest, I did not find the questions challenging enough, and I probably preferred Brian Krogsgard last year in the other seat next to Matt. Having said that, we all have huge respect for Om and what he has achieved, and it’s always nice to have him present at WordCamp Europe.

The two main highlights for me in Matt’s Q&A session were the release of the Gutenberg editor and his vision of a future web. The Gutenberg editor promises to revolutionize the way we create content within WordPress, especially on mobile devices, and I’m very eager to try it out on my blogs in the coming weeks. You can already download it from the WordPress.org plugin repository. If you want to check out Matt’s vision of the future, I suggest you watch the Q&A directly, it will definitely be on WordPress.tv shortly.

Being a keen traveler and having lived in several countries, it is always a pleasure for me to meet and chat with people who come from far away to WordCamp Europe. This time I got to finally meet M Asif and Tareq from WeDevs in person. They’ve both been involved with WordPress for a long time, and we had exchanged emails in the past but I’d never met them before. I got to learn a bit about their country Bangladesh, as well as their native language Bangla. Very nice guys, do check out their WordPress plugins and Dokan theme, which we have already featured before on WP Mayor.

Of course, meeting Primoz from Proteus Themes was a must. After all, I had him on as a guest on Mastermind.fm just a few weeks ago, check out our very interesting chat on that podcast. I love his air of positivity and overall energetic way, he’s definitely one of the young WordPress entrepreneurs to watch out for. We also discussed the need for a WordPress business conference in Europe, I do believe there would be a lot of demand for it, what do you guys think? Personally, I hope it becomes a reality soon because in Europe we have lots of great WordPress businesses but too little interaction between them.

It was awesome to meet Nando and the rest of the Yithemes team again. We made friends at WordCamp Madrid and had some great conversations there, and it was good to recap on things at WordCamp Europe.

While at WordCamp Europe myself and Donnacha took some time to interview attendees for the Mastermind.fm podcast. We enjoyed it and will definitely repeat it at future conferences.

Since I’m so crazy about padel I did end up explaining how the sport is played to many people, and was even surprised to meet another padel player, Johannes from the Raidboxes team.

I spent quite some time chatting with Marcel and Eugeniu, who just sold their main business Tesla Themes. We also had Marcel and Eugeniu on as guests on Mastermind.fm a few months ago. That’s where I had learnt more about the impressive way they had built their theme business, and I was therefore happy for this new achievement. I also had time to discuss cryptocurrencies with them. I am really interested about the crypto space and firmly believe that blockchain technology will go mainstream in a big way within the next ten years. If you’re interested, I have written a short guide to cryptocurrency investment over on my personal blog.

There are many others I met and spent time with, too many to list in fact. Thank you for all the great fun and conversations guys!

To top off a great experience at WordCamp Europe, we found out that next year’s edition will be held in Belgrade, a city that we’re very much looking forward to visiting. I’m sure it will be a great success, and so there’s nothing more for me to say but to hope that I’ll see a lot of our WP Mayor friends next year in Belgrade, and of course make some more friends. Thank you to all the organisers of WordCamp Europe 2017, but most of all thanks to all the people we met during these 3 days, you really are what WordPress is all about.

Jean Galea
Jean Galea is an investor, entrepreneur, and blogger. He is the founder of WP Mayor, the plugins WP RSS Aggregator and Spotlight, as well as the Mastermind.fm podcast. His personal blog can be found at jeangalea.com.
This Month's Highlights ↓
Sponsored