I'm watching WordCamp San Francisco unfold via live streaming, unfortunately couldn't make it this year but will definitely try my best to be there for the next. My consolation prize (I'm hoping it will be a great one) will be WordCamp Europe this year.

I’m watching WordCamp San Francisco unfold via live streaming, unfortunately couldn’t make it this year but will definitely try my best to be there for the next. My consolation prize (I’m hoping it will be a great one) will be WordCamp Europe this year.

Anyway, I’m watching the live stream which is the closest thing to actually being in San Francisco today. I’ll be updating you with fun facts and stuff I come across during this WordCamp.

In his opening speech, Matt pointed out that a whopping 572 videos were uploaded to WordPress.tv during the past year. That’s so much top notch information for you guys to to through!

Mark Jaquith has really made a good point about using versioning for updating your website. I haven’t used it till now but this makes perfect sense, and since I’m with WP Engine, it’s really easy to set up as they’ve already catered for it. For those who aren’t with WP Engine, Mark mentioned the following apps:

There are also some WordPress specific plugins to help you out:

I think this article on CSS Tricks is also an excellent read for those interested in WordPress site deployment options.

Ian Stewart of ThemeShaper fame made one of the most touching talks about WordPress theme design in general. I’m sure many will be inspired by his talk and start creating themes or participate in the WordPress theme review team.

Both Ian and Konstantin Kovshenin, in the following talk, spoke against the proliferation of theme options. I definitely agree with this one, sometimes there are so many theme options that it makes a theme harder to use rather than easier. Also, forget about changing themes further down the road as you’ll be greeted by a really broken site. Custom functionality should be taken out of the theme and put into plugins.

The best example of how to do things properly is probably the Genesis theme. On the WordPress.org plugin repository you’ll find loads of plugins that add functionality to Genesis-based themes, but the Genesis child themes themselves don’t have any big options panel. You can either add functionality through code snippets or by downloading the afore-mentioned plugins.

What about custom post types, you may ask. Well there is a plugin called Portfolio Post Type, which basically adds a portfolio to your site. So all those themes implementing CPTs for portfolios could just integrate with this plugin instead, making the post type portable from one theme to another.

Someone in the audience wondered why the most popular themes on Themeforest are those offering 17 sliders, and a gazillion other options. The only explanation is that the market is still young, and therefore people are attracted to themes which pack the most features, much like in the past the most popular radios were the ones having the most buttons.

Nowadays we live in an iPod inspired age where it’s best to just have one button. Quite a radical change, and one that will happen also in the themes industry as we progress. So do the right thing and don’t build huge theme option panels into your WordPress themes, you’ll also be better off since your support tickets will probably be drastically cut.

An intervention by the owner of Presstrends was also made, and he pointed out that the themes having most options were the ones with higher abandonment rates, probably because those who purchased them were overwhelmed by the multitude of options, and eventually gave up in favour of something simpler.

Konstantin placed an emphasis on testing of themes for speed and appearance. He mentioned the Monster Widget plugin for testing of all in-built WordPress widgets, as well as the use of microtime() to test the speed of functions in your theme/plugin. For page load speed he suggested Google PageSpeed.

To use the microtome() PHP function you need to insert it before and after the function and then multiply the result by 1,000 to get the execution time in seconds.

Also remember to optimize images in your themes using services such as Smushit and Optipng.

Mike Schroder spoke about WP-CLI which is a super cool command line tool for managing WordPress. Here’s a nice tutorial to get you going.

I’ll keep the updates coming during the next two days. 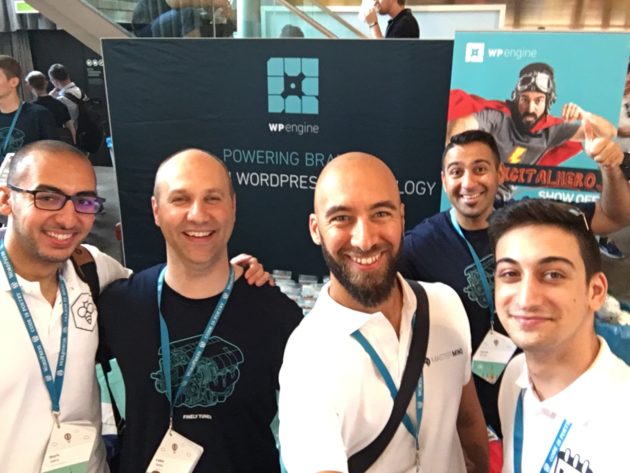 Our Experience at WordCamp Europe 2016