One of the marks of a truly great WordPress developer, is his ability to include excellent commenting in his code. Go ahead, take a look at some of the plugins/themes by the best developers, and see how easy it is to read through their code. They adhere to the WordPress Coding Standards when writing HTML and PHP. There is also the CSS Coding Standards page on the Core Contributor Handbook, which is definitely another page to check out.

Today we will therefore look at the subject of commenting. I’m going to show you a few examples from top plugins and themes. We’ll be focusing on the use of commenting in the documentation of files and functions/classes, but we’ll also mention the normal comments you can sprinkle throughout your code.

The purpose of the first batch of comments we’re going to look at is primarily documentation. There are scripts like phpDocumentor that can automatically generate documentation for your code, provided you use a set of standard comments at the start of your files and before every class/function.

Let’s take a look at some examples of PHPDoc blocks. One of my favourite plugin authors is Justin Tadlock, as he truly takes great care in not only writing quality code, but also format the code properly and include helpful comments.

Here’s a snippet from his Custom Content Portfolio plugin:

And now a few examples from the Genesis theme/framework. I am truly in love with this framework, and in my opinion every WordPress developer should have a copy of it. Even if you decide not to use it to build themes, you will still learn a lot from looking at the code, it’s absolutely top notch. It’s also been audited by Mark Jaquith, one of the WordPress core developers,

This is the file header of Genesis framework’s index.php file:

Let’s take a look at a random function from Genesis:

Notice also that the add_action() function call comes exactly before the documentation comments for that function. This is the style which I have also adopted in my plugins. Of course, you can place the add_action() anywhere you want, and other developers prefer to place it beneath the function for example. However I think this it looks visually good and is also very readable for a developer.

As we mentioned earlier, comments are not only used at the beginning of a file or before a function, indeed their main use is to clarify code wherever it is. So I encourage you to use comments throughout your plugin.

The tag @since is used to document revisions, as in “This function has been a part of this package since version 2.0”.

When you’re building your plugin, the contents of your function might change from one version to the other. This does not really affect the tag as long as the function still does the same job.

For example, if  foo() fetches some dataset, you might rewrite the function to return the data from a cache instead of running expensive database queries every time the function is called. The code consuming your API doesn’t care how the data is fetched, only that you provide the correct data. Of course, you might note the change in the function’s description: “Since vX, this function caches the returned dataset. See {@link clearFoo()} if you need to clear the cached data.

You might even use the syntax below for showing new additions to the function, for example changes to the parameters it accepts

Usage of @package and @subpackage

You will see many plugins making use of the @package tags in their function comments. What do they mean? These two tags are just used to organise your own work, and they have no strict application in WordPress plugins.

Let’s take some example usages and you can then decide which one you like best.

Here’s an excerpt from the hybrid-core/functions/menus.php file:

Lets take a look at another plugin, Easy Digital Downloads, which is also well documented. Here we see the tags used a bit differently.

The following snippet is from the file Easy-Digital-Downloads/includes/payments/functions.php

As I said, both can be good usages of the tags, I just wanted to point out that they are indeed used in different ways by different developers.

When you deprecate a function, it’s good practice not to just remove it altogether from your plugin/theme.

For example, in Easy Digital Downloads, we find a file containing all the deprecated functions (includes/deprecated-functions.php). We can then use the @deprecated tag for each function:

In the code above, notice also that Pippin indents the comments in such a way that the contents of each tag line up with each other. Again, this makes it more readable for himself and other developers contributing to the project.

You can also see another example of a deprecated functions file in Justin Tadlock’s Hybrid Core (functions/deprecated.php):

Note that Justin encourages developers to stop using the old functions. However, not to break things, the functions are still available in this file. Where there is a replacement function, it is referred to in the code, and called from within the deprecated function. Else, if there is no replacement, the original code is kept within the function.

PHP has three types of comment syntax:  /* */ which serves as block comments, and  // as well as  # which are used for inline comments.

If you take a look at the code for WordPress itself, you’ll find that the use of commenting is not standardised, see this example (wp-admin/admin-ajax.php):

Why, you might ask? Well, with WordPress being a collaborative effort, these things are bound to happen. To be sure, this is something very minor, but I’d rather have things standardised, if anything to serve as reference for new developers.

WordPress developers all have their own preferences, lets take a look at some examples.

Here’s a snippet from the Bulk User Management plugin, from Automattic. They are using the  // commenting type for multiple lines.

Here’s another example from the Soliloquy slider plugin, the author in this case using the /** comment */ format:

I prefer using the /* */ commenting syntax for multi-line (and even single line) comments, reserving the // syntax for comments that go right next to a line of code (not on a separate line)

If you’re using the Sublime Text 2 editor (seriously, check it out!), you will also find these two packages very handy:

My absolute favorite references for best practices in commenting and plugin structure are Genesis and Hybrid Core, so I definitely encourage to check those out and follow the way they do things. 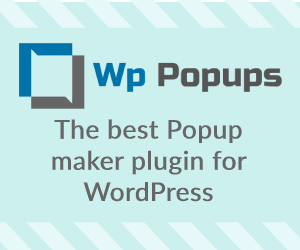 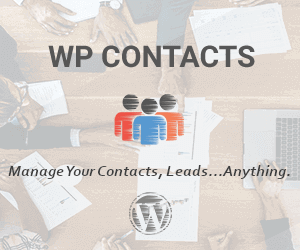