In recent months there's been quite a bit of discussion surrounding the pricing of WordPress premium plugins. It all started with a post from Chris Lema. He suggested that WordPress plugin prices are too low. He followed that up with another post about pricing plugins by value. Both are essential readers for all plugin developers. The first post drew a huge number of comments, many of which are also very eye-opening.

In recent months there’s been quite a bit of discussion surrounding the pricing of WordPress premium plugins.

It all started with a post from Chris Lema. He suggested that WordPress plugin prices are too low. He followed that up with another post about pricing plugins by value. Both are essential readers for all plugin developers. The first post drew a huge number of comments, many of which are also very eye-opening.

In response to the posts from Chris Lema, other bloggers and developers shared their thoughts. Jeff from WP Tavern opinionated that WordPress consultants (who usually buy the ‘developer’ option) should pay much more than users when buying strains of a plugin.

We also got two very interesting inputs into the discussion from Phil Derksen, one of which was a direct response to Chris Lema’s post, and the second of which was a report on the results of an experiment in which he increased 21% by increasing his plugin pricing.

David Peralty, an employee at Gravity Forms, also chimed in with his thoughts on plugin pricing.

In April here on WP Mayor we also discussed the most expensive WordPress plugins on the market, and it was an eye opener for the great range of prices that exists.

What are you paying for?

When considering plugin pricing, you must also consider usage restrictions as well as the support plan included when purchasing the plugin.

Some plugins give you lifetime support, while others limit you to one year or even less, after which you’d need to renew your license (often at a discounted rate) for updates and support.

Easy Digital Downloads, for example, operates on a three tier pricing method for its add-ons. The three pricing tiers relate directly to usage restrictions. The lowest price is for a single use license, then there is a higher price (roughly double) for usage on 2-5 sites, and an unlimited usage price (roughly triple the single use price).

iThemes again have three tier pricing, but the difference is that their Personal plan gives you a license for two sites not one, the Business and Developer plans are quite mainstream, with 10 and unlimited respectively.

As mentioned, when renewing a license many plugins give generous discounts. In the case of Gravity Forms for example, you have 25% off for Personal License holders, and 50% off for Business or Development license holders. So, in your second year of holding a Developer license, it is $99.50 versus $199 and you still gain access to all of the same features, support and new add-ons as they release them.

With regards to support and updates, I definitely think that giving lifetime support and updates with a plugin is unsustainable. The period of 1 year makes the most sense. Lifetime updates could be possible, but definitely not lifetime support. The cost of supporting an ever increasing user base without corresponding increases in revenue would ultimately kill the business.

I’ve seen plugins, such as AuthorhReview, which offer 6 months of support and updates to their customers. I think the 6 months period is a bit too short, it’s much easier for customers to keep track of things over a 1 year period.

Tied to this argument, some users ask why they should pay every year for a plugin when they don’t need the new features. This is a valid argument, the only reason why they would need to update is for security reasons, rather than for new features. In most probability, they wouldn’t even need to make use of their license for support purposes. These security-conscious users feel practically forced to keep paying for product updates just for the security aspect.

To counter this argument some plugin developers offer lifetime updates and separate that aspect from support, for which the user would need to buy a ‘support pack’. Paid Memberships Pro uses such a system, the core plugin is free (thus you have lifetime updates) but you have to pay for support. Soliloquy operates on a similar basis, while the plugin itself is not free, the developer offers lifetime updates. For support, the users buy support tokens.

Lifetime licenses can make sense in the launch stage for a plugin. This system was used very successfully by Gravity Forms. When they launched, for a limited time period they offered lifetime support and updates to those who signed up, thus they gathered a lot of momentum and cash that further fuelled the project and established them as the leading forms plugin for WordPress.

If you’d like to know about the different business models for WordPress plugins, I suggest reading this post by Phil Derksen, I couldn’t have said it better myself.

What we can take out from this whole discussion is that the WordPress eco system is in a flourishing stage where all developers who offer solid plugins are sure to make a decent income. That doesn’t mean that there isn’t any optimization to be done on the business models. So I suggest that all plugin developers make some time to study about pricing and marketing, amongst other things, because there are many aspects of being successful with a premium plugin.

Many plugin developers offer an unlimited license for their plugin. This means that you pay once and can use the plugin on as many sites as you wish. That’s great for web developers however I’m not sure about the sustainability of it. Personally I’d limit the developer license since unlimited can turn out to be unsustainable in the long run, although it’s a nice thing marketing wise. We’ve seen some plugins go for a limited developer license, like SearchWP and more recently WP DB Migrate Pro, who started out with unlimited and then capped it at 100 sites, here’s their announcement.

Why no more unlimited? I’ll admit, as a customer, unlimited is very nice. No worries about hitting a limit. But this is not sustainable for our business. The more a customer uses our product and support service, the more of our resources are dedicated to that customer, and the more value the customer receives. It is only fair that the price rises with use.

I know some customers may be upset by this and if you are one of them, please reply and let me know your thoughts. If you welcome our move to maintain a sustainable business, we could use your words of encouragement as well!

In the hosting industry unlimited is bandied around but in reality the packages are never unlimited, there are some internal limits and if you cross the line with your account usage you will be notified and possibly have your account terminated if you don’t comply with a ‘fair usage policy’. I’d rather be told upfront what I can do exactly with my license, so I agree with having limited developer licenses.

What are your thoughts on plugin pricing?

Jean Galea
Jean Galea is a WordPress developer, entrepreneur and padel player. He is the founder of WP Mayor, the plugins WP RSS Aggregator and EDD Bookings, as well as the Mastermind.fm podcast. His personal blog can be found at jeangalea.com. 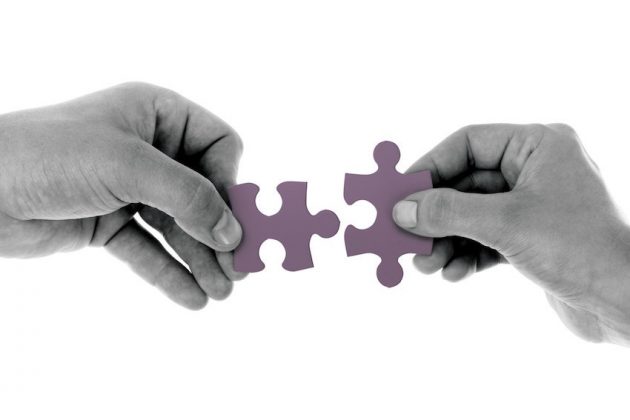 Why WordPress is a Superior Platform for a Non-Profit Organization