Mayor's Rating
★★★★★ 4/5
Last Update
Link
Get WP Webhooks
Introduction
WP Webhooks helps you automate your WordPress site using webhooks. You can send data to other services or use data from other services to perform actions on your site. In our WP Webhooks review, we'll show you how this plugin works.

Disclosure: Reviews on WP Mayor are based on the research and hands-on testing performed by one of our experienced team members. All verdicts and ratings represent our unbiased opinions, even when a review is paid product analysis. Here’s why you can trust us.

Ever wished that you could automate actions on your WordPress site? You could improve your marketing, streamline your admin, sell more products…all without lifting a finger.

WP Webhooks is a freemium WordPress plugin that helps you get closer to that dream by letting you automate your WordPress site in a ton of different ways, including both:

As the name suggests, it does all of this using the power of webhooks.

In our WP Webhooks review, I’ll start by explaining what webhooks are in the first place. Then, I’ll show you how the plugin can help automate your site.

Before I get to WP Webhooks itself, I think I first need to introduce the concept of webhooks, because you might not be familiar with them unless you’re a developer.

In a nutshell, webhooks let apps pass information between one another using a special webhooks URL format. You can use webhooks to connect one or more apps together and automate actions.

You don’t really need to know the format itself. The important thing is just that webhooks let you connect different plugins/apps/tools.

WP Webhooks Review: What the Plugin Does

Now that you know what webhooks are, you can probably guess that the WP Webhooks plugin is focused on helping you use webhooks to automate your WordPress site in tons of interesting and useful ways.

It takes what would be a complicated thing – setting up webhooks – and makes it accessible via a graphical interface and built-in integrations.

I wouldn’t necessarily say it makes the process totally simple, but it does make the process accessible to non-developers, which is already quite useful.

You’ll get mapping tools to help you easily connect the data between your triggers and actions. And you’ll also get testing tools to make sure your configuration will work.

The value of WP Webhooks comes in its integrations, so let’s talk about those next.

First off, WP Webhooks has dedicated integrations with the popular third-party webhooks/automation services. These include:

WP Webhooks is also compatible with other tools that use standard webhooks, such as IFTTT and Automate.io.

Through these integrations, you can connect to any one of the thousands of apps that these services support.

On the WordPress front, WP Webhooks also has dedicated integrations for the following WordPress plugins:

Of course, it also has integration with the WordPress core itself.

Examples of Automations With WP Webhooks

One of the nice things about WP Webhooks is that it’s really flexible, so I can’t list every single possible automation that you could set up.

Here are the usage examples that the developer provides on the WordPress.org page:

And here are a couple more examples that I came up with:

Basically, if it involves the WordPress core, one of the plugins above, or an app that’s on Zapier and co., you can probably set up the automation.

Now, let’s go hands-on with the plugin and I’ll show you what it’s like to set up an automation with WP Webhooks. For reference, I’m using WP Webhooks Pro for this example, but the same basic principles will apply to the free version.

To get started, you can access the plugin’s dashboard by going to Settings → WP Webhooks Pro. It looks like this:

The two most relevant areas to start are:

Let’s look at them…

From the Send Data area, you can send data to another service based on a trigger on your site.

On the left, you’ll see a list of all the potential triggers, along with an option to search them. You’ll see triggers for core WordPress actions, as well as integrated plugins that you might be using (like WPForms).

Below, you can see that I’ve selected New user as my trigger:

For each trigger, you can click the Description accordion to expand a detailed explanation of how that trigger works.

From there, you can click the Add Webhook URL button to add the destination webhook URL. Typically, this will be the URL from a service like Zapier or Integromat (though it doesn’t have to be – those services are just the easiest way to get started).

For example, let’s say I want to use Zapier to add details on new users to a spreadsheet in Google Sheets. First, I would set up a recipe in Zapier. I would set the trigger in my Zapier recipe to be Zapier webhooks. The recipe might look something like this, with the trigger being to “catch a hook” and the action being to create a new row in Google Sheets (or add a contact to your favorite CRM, etc):

In your Zapier recipe, you’ll see the custom webhook URL:

This URL is what you would need to add to WP Webhooks so that the plugin can pass information to your Zapier recipe.

You could then send some demo content to Zapier to test, and you’ll see a bunch of user information that Zapier received from the webhook:

Then, you could use Zapier’s interface to map the data from the webhook to your action.

Below, you can see that I’ve mapped the data that WP Webhooks sent from my WordPress site:

And that’s it! Now, here’s how it will work:

And voila – you can see the dummy user information in my Sheet:

The Receive Data tab follows the same principle as sending data, but in reverse. This time, you’ll send data to a special URL on your WordPress site and use that data to perform an action. For example, you could connect another app to Zapier and then have Zapier pass information to your site’s webhook URL.

There are two parts to the Receive Data tab:

In the actions area, you’ll see actions for both core WordPress functions as well as any integrated plugins that you’re using. For example, if you have WooCommerce, there are actions to create a WooCommerce order or make a WooCommerce API call:

I won’t show the whole process again because it’s the same basic idea, just in reverse. But I will highlight a few useful features and key details.

When you set up actions, there’s also a really useful Test action feature that lets you test the data that you’ll pass to the webhook:

Finally, as for the webhook itself, you’ll need to actually set it up using the action information that I highlighted in the previous screenshot. You can do this by copy and pasting – it might look something like this:

Data mapping is a useful feature that does what the name says – it lets you map different pieces of data to one another. You can do this by mapping keys to values:

When you add an old key value, you’ll get a popup with more details:

I think this is mainly for advanced use cases where you’re not using something like Zapier in the middle, as Zapier lets you set up the mapping already when you create a zap. You can learn more here.

The Authentication tab lets you authenticate your outgoing “Send Data” webhook triggers to the endpoint or your incoming “Receive Data” actions. You can learn more here.

The Logs tab shows a log of all the requests that were triggered by a trigger or valid action:

WP Webhooks comes in both a free version at WordPress.org as well as a premium version with more features.

To learn about the feature differences between the free and paid version, the developer has a very detailed feature comparison table that you can view here.

If you need the premium version, there are three pricing plans. All three pricing plans give you access to all the core features, but the highest-tier plan also adds white label support. You’ll also get priority support if you upgrade beyond the entry-level plan.

Other than those differences, the main difference is the number of sites on which you can activate the plugin:

To save some money, you can use our exclusive coupon code:

I would consider myself to be a power user but definitely not a developer. I was able to figure WP Webhooks out fairly quickly, but I would say some of the features are pushing my technical limits (like data mapping and authentication).

However, I was able to figure out the core features of sending and receiving data without any issues. If you know your way around WordPress, you can probably do the same, even if you’re not a developer.

I have used some other automation plugins that are a little more beginner-friendly, but where I think WP Webhooks stands out is that it’s very flexible because you can use webhooks for literally anything, whereas some other tools might limit you to built-in automations.

If you can figure out how webhooks work, the possibilities of what you can set up with WP Webhooks are pretty endless. I focused mostly on using Zapier as an intermediary because that’s where my technical knowledge caps out, but you could set up your own custom implementations if you have the technical know-how.

WP Webhooks also offers quite good value because even other tools that do support webhooks usually only do so in the premium version.

If you want to get started, you can play around with the free version and then consider upgrading to WP Webhooks Pro to access more features: 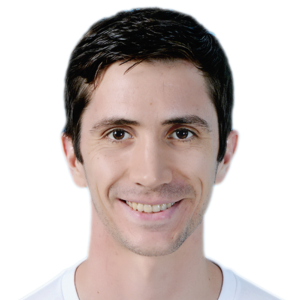 Colin Newcomer
Colin has been using WordPress for over a decade and is on a quest to test all 60,000+ plugins at WordPress.org. He has been a Writer and Product Review Expert for WP Mayor since 2017, testing well over 150 products and services throughout that time.

Colin Newcomer
Colin has been using WordPress for over a decade and is on a quest to test all 60,000+ plugins at WordPress.org. He has been a Writer and Product Review Expert for WP Mayor since 2017, testing well over 150 products and services throughout that time.

Get 4 months free on annual (or 20% off monthly) shared hosting plans from WP Engine, starting at just $20/mo.

Get 4 months free hosting
More on this topic